In fact, the U.S. Department of Justice says both terms “refer to all types of crime in which someone wrongfully obtains and uses another person’s personal data in some way that involves fraud or deception, typically for economic gain.”

What is identity theft?

The more you know about identity theft, the better able you’ll be to help protect yourself against it.

It may be helpful to realize identity theft is nothing new. The first recorded instance could have dated back to biblical times. And in stories from Wild West days, outlaws sometimes murdered people so they could take on the identities of their victims, helping them avoid the law.

Technology now enables criminals to commit identity theft on a broad scale — hacking into business and government computer systems, for instance, to steal the personal information of millions of people at once. The hackers can then use the stolen personal information, such as full names, birthdates, and Social Security numbers, to commit their crimes.

There are many other ways criminals can steal your personal information, including:

What is identity fraud?

As noted above, identity theft and fraud usually refer to the same crime. Still, one could make the case that the fraud is the actual use of the stolen information for illicit gain.

What kinds of crimes can be committed once thieves are able to have others’ personal information? All sorts of them as it turns out.

While the list of identity fraud crimes is a long one, the Federal Trade Commission breaks them down into six major categories:

Another type of identity fraud is criminal identity fraud, which occurs when someone cited or arrested for a crime presents himself as someone else by using that person’s name and identifying information.

Overall, it’s a significant crime in terms of sheer numbers. Nearly 60 million Americans have been affected by identity theft, according to a 2018 online survey by The Harris Poll. That same survey indicates nearly 15 million consumers experienced identity theft in 2017.

What’s the difference between identity theft and identity fraud?

When all is said and done, there’s really little difference in how experts use the terms identity theft and identity fraud. No matter what you call it, the crime is a serious one, punishable under one federal statute by up to 15 years’ imprisonment, a fine, and forfeiture of any personal property used to commit the crime.

If you find that you’re a victim, the Department of Justice recommends taking these steps: 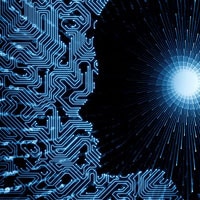