Identity thieves and other scammers have another tool to use: the 2020 U.S. Census Bureau questionnaire.

Every 10 years, the Census Bureau accumulates personal information to account for people living in the United States. Census officials may try to contact you by phone, letter, and in person in March and April 2020.

But here’s a warning. Not all people who say they’re census officials will be legitimate.

Some of them could be scammers, trying to collect your personal information for their own purposes. Here’s why.

How can you tell if someone claiming to be a census official is legitimate? Here’s a list of the census scams you should be aware of, along with steps you can take to help you avoid becoming a victim.

It’s important to know census officials may approach you in one of three ways: a phone call, a letter in the mail, or a knock at your door. They will not reach out to you via email.

If you’re contacted by phone, you may wonder how you can tell if a caller is really a census taker or field representative. Is the caller legitimate or not?

It’s not always easy to tell. Here are three phone scams to watch out for.

Scammers may call you, and the call may appear to be from the Census Bureau. But here’s the problem. Scammers may have manipulated the caller ID to make it look legitimate. How will you know the caller is a real census worker or not?

For starters, callers should identify themselves and the name of the survey. Or, if you don’t answer, they should leave a message with the case ID associated with your survey.

2. Asking sensitive questions outside the scope of the census

Legitimate census callers will ask you for some personal information. That does not include not sensitive information like your Social Security number, bank and credit account numbers, or passwords. If a caller asks you for this type of sensitive data — information that may allow them to impersonate you, often for financial gain — you can be sure it’s a scam.

Keep in mind the questions on the census aren’t extensive or sensitive. The questions involve the number of people in your household along with other identifying characteristics. The idea is to get an accurate read on the U.S. population.

If you haven’t completed a census questionnaire and have already received a letter, you may receive a follow-up phone call from a census taker. Legitimate callers will not claim that you will go to jail if you fail to fill out the census. Other threats or warnings, such as the police are going to come to your home, are also false.

If a caller says you can pay a fine as a remedy — with a prepaid debit card, for instance — you can be sure it’s a scam.

The Census Bureau usually first contacts you through the mail. It’s a good idea to make sure that letter you receive is from a census representative. Here are a few ways to spot imposters.

4. A survey without a proper census ID

In your census invitation to respond, you’ll receive a unique census ID that’s 12 characters (numbers and letters). If you don’t receive a census ID, the survey is not legitimate.

Some scammers will send you a postcard with a QR code. It will ask you to scan the code with your cell phone to access the survey page. But here’s the problem. When you scan the code, you may unwittingly upload malware. Don’t do it.

If your invitation mailing doesn’t look like the invitation letter on the Census Bureau page, don’t respond.

If you receive a survey or letter by mail, the envelope can help verify whether it’s legitimate. If the return address doesn’t say “U.S. Census Bureau” or “U.S. Department of Commerce,” then it’s not legitimate.

The return address on the envelope you receive also should say Jeffersonville, Indiana. That’s the location of the Census Bureau’s mail processing center.

You may be visited by a census taker. That’s normal. Keep in mind a census taker may come back to your door up to six times. The census taker should leave a door hanger with a contact number.

But maybe your family policy is to not to answer the door for strangers. If that’s the case, you may want to go ahead and fill out the census questionnaire online, as detailed below.

There also are a few details that can help you spot a scammer at your door.

8. A field rep doesn’t have proper ID or equipment

A real census taker should show you an ID badge that includes their name and photograph, a U.S. Department of Commerce seal, and an expiration date. The representative also should have an official bag and bureau-issued electronic device with its logo.

9. Visits outside of census times

Census takers are only supposed to knock on doors from 9 a.m. to 9 p.m. If it’s before or after that span, you should question their authenticity.

If you still don’t know if the person at your door is really with the Census Bureau, call 844-330-2020 to speak with a census representative. If you believe the visitor is not legitimate, call your local police department.

Scammers may try to get your personal information by posing as the census bureau online, via social media, or in an email. They may ask you to click on a link to a fake survey or download an attachment that could contain malware or other malicious viruses. Here are a few census online scams to watch out for.

Scammers may send you a seemingly legitimate email with a link to the census survey. Don’t click on that link. You could be downloading malware onto your computer or device. Remember the Census Bureau will not request information over email.

Scammers may also target social media platforms. Social media scams work in a similar way to phishing emails. You may see a posting from what appears to be a legitimate source like the Census Bureau. Or a posting might include what looks like a legitimate link — like a link to the census survey. But here’s what happens. If you click on that link — or download that document — the scammers may be able to infect your device with malware or steal your personal information.

Scammers sometime post fake census jobs. They may post a fake job application for a temporary position. This might not seem suspicious because the Census Bureau sometimes hire temporary workers. Be careful if you aren’t sure of the source. Here’s the rule: Make sure you don’t pay any application fees or give out your personal or financial information.

How to avoid census scams

Here are some tips to help you spot and avoid census scams.

The Census Bureau will never send you an unsolicited email. They will only contact you by phone, mail, or on your doorstep. Here’s the general rule. Don’t click on links or download attachment in an email, if you don’t know the sender or didn’t request the information.

Even if it appears you know the sender, it’s still a good practice not to click on anything within an email. Instead, it’s easy to go to the census bureau website on your own. Make sure the web address reads “HTTPS://” and has the padlock icon in the address bar.

Verify the legitimacy of a survey

Keep in mind that the Census Bureau will never ask for your Social Security number (SSN), bank or credit card information, passwords, citizenship status, political party information, or for money or donations. You also can contact your state’s Census Bureau Regional Office to verify the legitimacy of a survey.

Verify a census taker is legitimate, if you have doubts

If someone at your door claims to be a census taker, you can call the Census Bureau to verify their name is in the Census Bureau’s online staff directory. This is easy to do and it can give you reassurance.

Just like filing your taxes early, reporting your census information early and properly can help give you peace of mind. An early submission may make it easier to identify scams, since you’ve already completed your survey.

Remember the purpose of the census

There’s no reason a legitimate census would need to gather your sensitive personal information.

Census results help determine the amount of federal funds that should be given to local communities for schools, roads, and other public services. Results from the 2020 census also will help determine your state’s political representation and its number of seats in Congress.

Never share your Social Security number or other sensitive data

While the census questionnaire will ask for some personal information, it’s limited. In contrast, scammers scammers will likely seek information beyond what the census collects.

While it’s always important to be aware of scams, it’s good to know that most census scams only come around every 10 years. 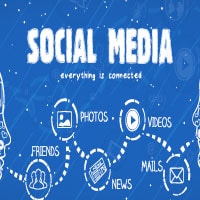 Facebook Feature Can Lead to Identity Theft
Stay informed about the latest identity theft news and stories about what law enforcement and elected officials are doing to protect consumers from becoming victims.
Read More 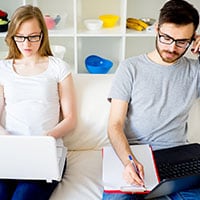 Encryption What You Need to Know
Encryption helps keep you safe while doing things like browsing the Web, shopping online, and reading email on your computer or mobile device. Here's how.
Read More 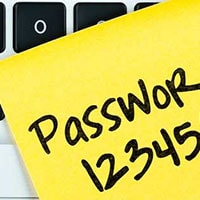 Is a Password Manager Right for You?
A password manager is a good choice for many folks to manage their online accounts. But how do you know if one's right for you?
Read More

15 Tips for Safer Online Shopping
Scammers can suck the joy out of holiday online shopping. Check out our safety tips so you can help avoid becoming their latest victim.
Read More